Why did you just say that?
Is that what you usually look like or is this worse than normal?
Were you a cow in your past life? No? You just kind of... remind me of one, that's all.
Do want help with that?
What are you TRYING to do?
Were you going for the Snooki look or something?
Is it ugly sweater day? Did you win the contest?
(In the middle of a long, complicated, movie) So, what's happened so far? Who is that? Why is she crying?
What are you reading?
So, writing isn't your thing, is it?
Do want to see how long I can scream without passing out?
What's 33 squared times 89 plus 82 minus -123 to the fourth power?
How many seconds old are you?
What happens when you get scared half to death twice?
Why are blueberries purple?
So that shirt was on sale, like free, right?
If money doesn’t grow on trees then why do banks have branches?
Since water is clear, shouldn't objects get more transparent when they're wet?
If beans are vegetables and chocolate comes from cocoa beans, wouldn't that make chocolate a vegetable?
Can you tell me the first four and last four digits in your credit card number?
What's the weather going to be like tomorrow afternoon at 4:16?
Ooh can I see the infection?
If you had a magical pet dragon that could grant wishes what would you name it?
What are your thoughts on the fiscal cliff?
How many licks does it take to get to the center of a tootsie roll pop?
What's your favorite fragrance by one direction?

5 ordinary things that annoy me

This list is not in order.
1. When the switch in the bathroom is an air conditioner AND a light-I mean what is the deal with that? Oh yeah, because you want to see what your doing in there also means that you want to be freezing cold *eye roll*
2. Commercials that don't actually advertise the product they're trying to sell-you know those commercials that show people riding down the street on bikes, I mean they're so obviously not advertising bikes, but what is unclear is what they ARE advertising!
3. In cartoons when something happens, for instance, when a character gets a haircut in one scene, after the commercial break they don't have that same haircut anymore.
4. When toys, especially dolls, have names-Ever seen a Bratz doll? The one that really bugs me is the one named Sasha-Bella, those are two names that should never, and I mean never be pared together.
5. Movies that you can't follow- I watched this one movie and all the characters had deep voices that you can't actually listen to, I don't exactly

How to annoy people at a restaurant

1. Try to order your meal in Polish
2. Start reading an essay about the history of a broom to the waiter.
3. Go to a drive-through window and when they ask you if they can take your order say "no" and then refuse to move your car.
4. Insist on ordering something that isn't on the menu.
5. start blowing bubbles in the restaurant.
6. After being seated, sit cross-legged on the floor begin moving the silverware and place mats down with you
7. Draw a picture of the waiter with your eyes closed and super glue it to the table
8. Try to convince the waiter to sing an Adele song with you
9. Use your fingers as silverware.
10. Stand on your table and dance.

50 things to do at the movie theater!

1. Try to start a wave
2. Gasp every time there is a swear word.
3. Wear a huge Afro wig.
4. Every 15 minutes stand up and then sit back down.
5. Yell out to the screen “Don’t Do It!”
6. Stand in front of the screen motionless and face the audience the entire movie.
7. Scalp tickets outside the theater.
8. If a catchy song plays in the movie stand up and dance.
9. Bring an attachable seat-belt. Strap it to your seat and then clip it on yourself. Turn to the person next to you and say, "you never know".
10. Talk really loud on your phone.
11. Demand that somebody puts the volume up.
12. Sit at the back, raise your arms to the projector and make shadow puppets on the screen.
13. Bring a laser pen and shoot it at the screen. 1
14. Wear 3D glasses…no matter what the movie is.
15. Every time something crazy happens, turn to a random person and say, “did you see that?!”
16. Sit criss cross on the floor in the very front of the theater and look up at the screen.
17. Stand in the front corner facing the audience and do sign language translations.
18. Do the same thing stated above except translate the movie into Spanish for the audience.
19. As people enter the theater, make nametags for them.
20. After the movie go back to the ticket counter and demand a refund because the movie was terrible. Whether or not they give you a refund, buy another ticket for the same movie at a later showing.
21. Half way through the movie run down to the screen, touch it, and then run back to your seat yelling, “I touched the screen! I touched the screen!”
22. Repeat the lines in the movie.
23. Accuse the person behind you of kicking your seat.demand that they stop even though they aren’t really kicking your seat.
24. Tape “reserved” signs on every single seat before the movie starts.
25. in the middle of the movie if you are with a friend yell to one another "______ put your pants back on"
26. Sneak in chickens (find a way) then let them run around freely during the movie.
27. Laugh extremely loud at a line that wasn’t meant to be funny.
28. Wear a white sheet over yourself and cut holes for eyes (like a ghost) then creepily walk around with your arms out chanting “OOOoooOOOOO I am the ghost of the theater! ooooOOOOOooooOOOO!”
29. Ask the person who sells you the ticket to give you his/her autograph.
30. Ask for a discount because you are single and entering alone
31. Wear sunglasses and a white cane and ask them how a blind person would be accommodated.
32. Bargain with the ticket price
33. Turn around to the person behind you and say, “Excuse me, can you please kick my seat? Thanks.” Once they start kicking your seat yell “HARDER! HARDER!”
34. Every so often, do an awkward moan.
35. Get the entire theater to sing happy birthday to a random person.
36. Every 10 minutes pretend something has impacted your life. Put your hand on your chest. Gasp, and as you nod your head look at the person next to you and say ”mmmmmmm!”
37. Stare at a random person next to you the entire time.
38. When buying your ticket, ask to pay half the price because you will be leaving half way through the movie.
39. Half way through the movie stand up and yell “DO YOU KNOW WHAT THIS MEANS!?” and then run off.
40. Ask a random person next to you to explain the movie because you don’t get it.
41. Ask a random person to go buy you popcorn because you don’t want to miss the movie.
42. Before the movie starts get everyone to bow their heads as you lead them in prayer. Pray for the movie. While praying, extend your hands towards the screen.
43. Stand up in the middle of the movie and start a head count.
44. Run up and down the aisles making rocket ship noises
45. Eat the popcorn from a random person sitting next to you.
46. Yell out loud demanding that they pause the movie because you need to use the bathroom.
47. When something is really funny, don’t laugh, instead point at the screen and scream: “L-O-L L-O-L L-O-L!!!!”
48. Blow your nose into a tissue and then show the contents of the tissue to a random person sitting next to you saying, “Look what I did!”
49. At the end of the movie shout "hooray!" and clap your hands as loud as you can.
50. As the credits roll and people start to leave yell, “No! Everyone! Don’t Go! There is Something After the Credits!” After the credits roll and there is nothing say “Just Kidding!” Then run out giggling.

This is the most and worst auto-tuned song I've ever heard. Oh and by the way, it's five o clock in the morning :P 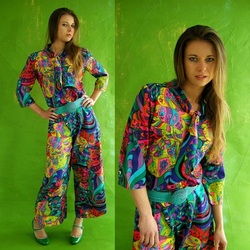